I’ve had this little clip in my phone since before this blog began. I just “re-discovered” it and I feel like it’s too hilarious not to share. It’s from Illinois @ Nebraska Oct. 1, 2016.

I’ll let you guys be the judge but I say we have a clear cut case of pooped in pants. Let’s examine the evidence:

First, this woman has chocolate all over her face, that nobody is telling her about. Where did that chocolate come from? I headed over to the University of Nebraska website to checkout what concessions are offered that could account for all that fudge around her mouth.

Right below Hot Dogs, at the top of the list I think we have our culprit. “Ice Cream w/toppings” could those toppings be hot fudge? If not then we are looking at a Milky Way bar. This investigator finds that very unlikely. Ice Cream with Hot Fudge, that’s a lot of dairy on a Saturday, especially if you boozed it up pregame like we all know this chick did. You start mixing dairy with all the acid from the booze and your body starts making diarrhea soup inside you.

Here is the thing, I am a fat guy. This chick is a fat chick. I understand her mind. I understand that you don’t just go from boozing to Hot Fudge Sunday. Somewhere in her food history, before the purchase of the sweet, came the salty. But what salt based food did she consume to further her problem?

When looking at the menu, something caught my eye, “Runza”. What’s this now? I thought I knew all stadium foods. Curveball from Memorial Stadium, I gotta google this guy.

and what did Jim Gaffigan say about hot pockets? 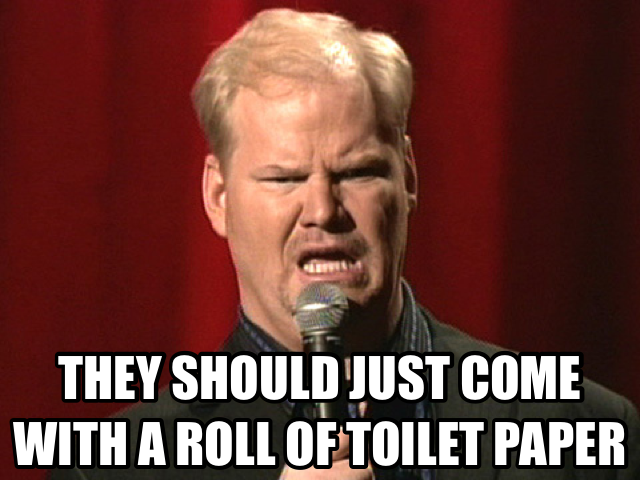 Ok that, AND the fact it’s called a RUNZA for CHRIST SAKE! Runza is probably yiddish for The Runs. We all know what the Runs are.

So the dots are starting to connect. A timeline is starting to emerge. We have probable cause. Suspect wakes up, starts with a shower beer, proceeds to tailgate, inside stadium goes right at the Runzas. That gets crushed ,and before the Runza starts to rumble she’s back for Ice Cream, extra hot fudge please.

The evidence may be circumstantial, but when you really think about it, ALL evidence is circumstantial. ATrainSports believes, she didn’t poop her pants, she diarrhea’d them. We Rest Our Case.