I’m getting ahead of myself, let me give this some context. I’ve mentioned that I’m a nerd when it comes to all things involving A Game of Thrones TV show, or the book series A Song of Ice and Fire. I have an old iPhone loaded with all the audiobooks. I keep it by my bed for when I can’t sleep. I’ve listened to every chapter ten times over*

*with the exception of two chapters which I cannot re-listen to, the one where they kill Sansa’s direwolf Lady, and the Red Wedding.

This was the case tonight, as I took my ADHD medication a bit too late and can’t sleep. Enter the Audiobooks and the soothing sound of Roy Dotrice.

(Roy Dotrice is the voice of the Audiobooks, he recently passed away at the age of 94. He makes the story come to life, I don’t know how they are going to replace him. The individual who ultimately reads The Winds Of Winter audiobook has giant shoes to fill.)

I hit play from where ever I was last listening. It’s on A Feast For Crows and I can tell we are well into the book. I start in the middle of a Victarion Greyjoy POV chapter, but before I know it we are in a Jamie Lannister POV chapter. The Kingslayer has gone to Darry to speak with his cousin Lancel.

I’ve heard this chapter many times and really not much goes on. Jamie goes to dinner expecting to see his cousin, he is informed that Lancel is fasting, and at prayer in the sept. Jamie sits and eats for a bit but soon seeks after Lancel in the sept. This is where Lancel confesses his sins to Jamie.

Hold the fucking raven Lancel! Is that the Law? It’s not treason unless you finish inside? I know the Westerosi have some odd customs but that can’t be right. Did Lancel go through all the scrolls that relate to what constitutes treason? He seems pretty sure. I’ve listened to these books many times over and nowhere else is the location of semen the determining factor for if an act of treason has been committed.

I’m starting to think “It is not treason unless you finish inside” is one of those urban myths that get spread around that people just blindly accept. Similar to “Smoking a cigarette after you smoke pot gets you 25% higher”*

*I was certain this was true in High School.

or “Just suck on a penny and you’ll pass a Breathalyzer” this doesn’t work either although I have never tried it so….maybe?

*A hilarious notion perpetrated by the adult film industry.

Whatever it is…I think Lancel at the very least committed some “light treason” Which would kinda make him the Westerosi George Bluth Sr. 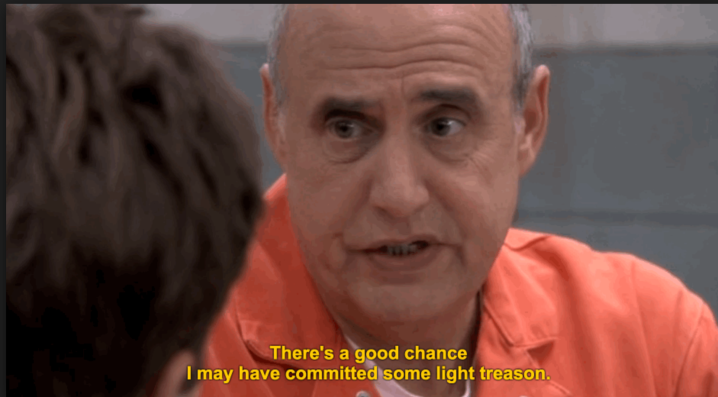 It did not end well for TV show Lancel, he was vaporized when Cersei blew up Baelor’s Sept. Book Lancel is still alive, I think this is the last Chapter we see him in. He is about to go to King’s landing to become one of the Warrior’s Sons much to the anger and disappointment of his family. I’m sure Book Lancel will land on his feet, George RR Martin never kills off side Lannisters. I mean except for Lancel’s younger brothers Willem and Martyn Lannister. His dad Kevin Lannister. His cousin Tyrek Lannister. They are all dead, but keep fingers crossed for our boy Lancel, aka Mr. Pull-out.