It was the first day of the Chinese New Year, a Friday, and my best friend P-Dog had just got a promotion from Amazon. Congrats bud. P-Dog also happened to owe me a meal for taking care of his cats for 8 days, so it seemed like a perfect day for a Shiro’s run.

What’s Shiro’s you ask? Well, it’s the best place to get sushi in Seattle, a town known for its seafood. That’s the short answer.

Before some food-nerd chirps me about how Shiro’s is no longer owned by Shiro Kashiba, and how Shiro has a new place called Sushi Kashiba, I know all that. I have been to Sushi Kashiba on multiple occasions. I have had Shiro as my chef at both restaurants. Even with the namesake Shiro out of the picture, Shiro’s is still the top dog in the sushi game.

Sushi Kashiba looks swankier on the inside, the wait staff is whiter, and the bill will be higher, the line to get into the bar might even be a little longer. The Omakase experience, which is all I care about, is not better. The Shiro’s Omakase takes the cake.

How we do our Shiro’s. Things to expect.

Final Tip: If you do become a Omakase regular, make sure to visit at different times of the year, fish are seasonal, my personal favorite time of year for Shiro’s is the fall. 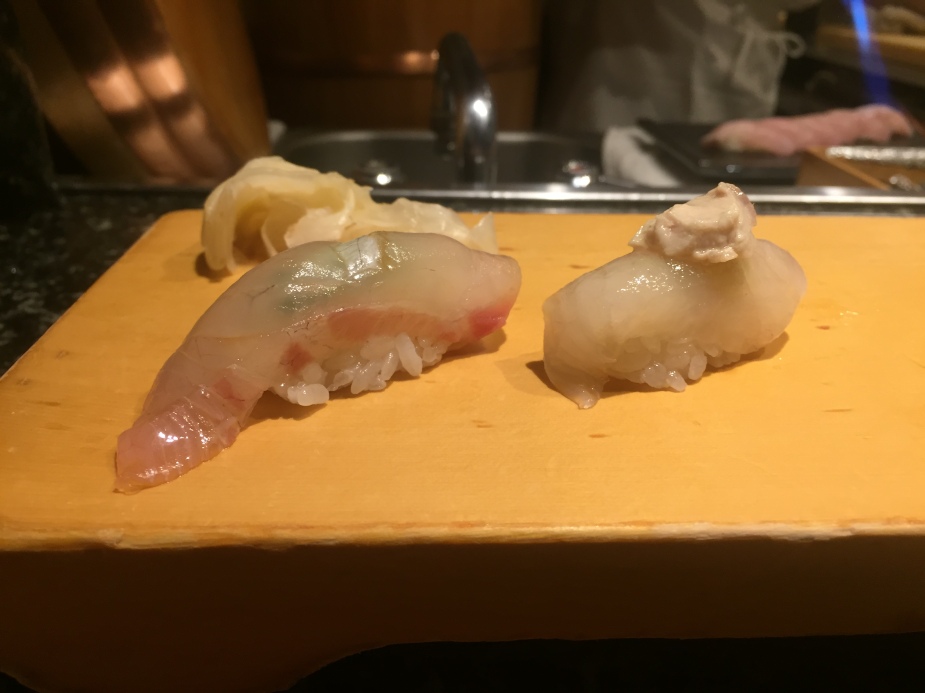 Usually, I never take pictures of my sushi unless it’s something crazy I’ve never had, but Friday night I wanted to make a close friend jealous so I pretty much live-tweeted him the entire meal. 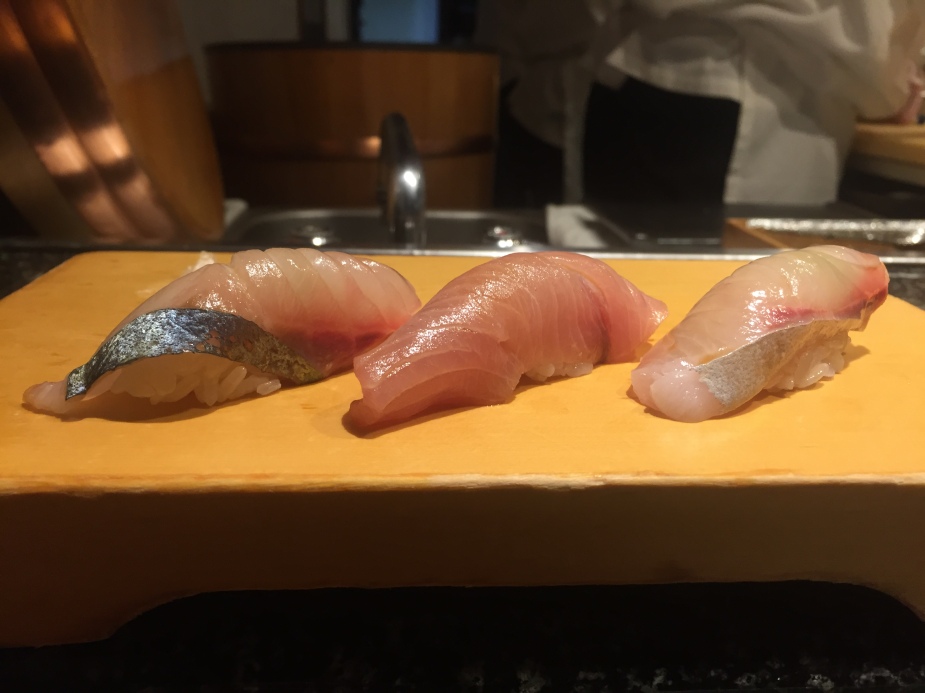 Don’t be scared, Mrs. Shrimp. It will all be over soon.

Hello Mrs. Shrimp. It appears as if you’ve lost your head.

It’s somewhere around here that I text P-Dog my hypothesis, soft-spoken weirdo has a micro-penis.

The shrimp is sweet and delicious, scallop doesn’t disappoint either.

Mr. Shrimp wants to know what’s in the box. John Doe has the upper hand!

Pat yourself on the back if you get the reference to Se7en.

A polarizing piece of Nigiri, Uni is always a highlight for P-Dog and me.

At this point, P-Dog and I are texting back and forth what we can’t say out loud regularly. I can’t stop making fun of the weirdo. It’s like Dustin Hoffman from the Rainman is a little less autistic and a lot more into sushi. He won’t stop talking. It’s getting out of hand.

The weirdo now exclaims how he “smelled some marijuana” when the front door opened, so not only does he have a micropeen, he’s also a narc. P-Dog almost spit-takes at the text. 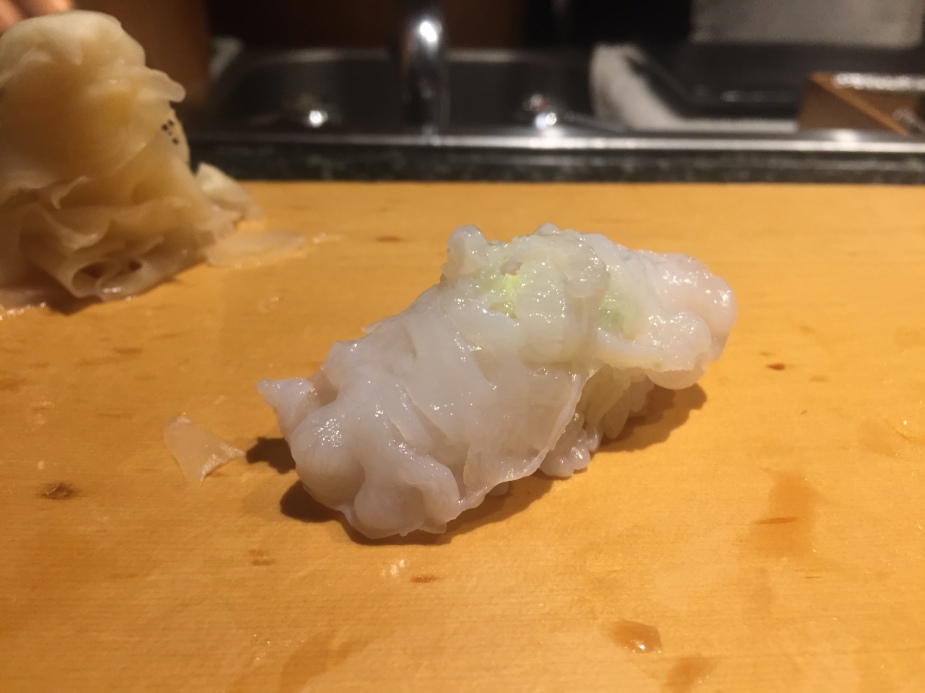 A special treat: live octopus.
This was a first a Shiro’s, best Octopus I’ve had there. 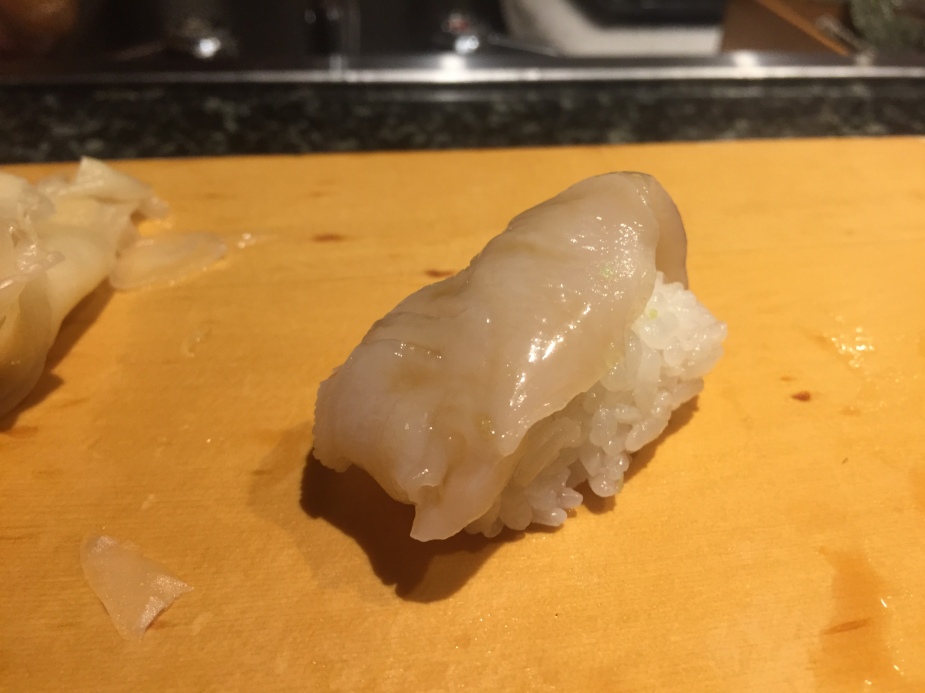 Native Only to the Pacific Northwest: Geoduck.

Weido informs us that the Manatee is also called a Sea-Cow. I honestly want to know what else I learned by the 4th grade he wants to teach us.

A little bit of precum gathers when I see Chef getting out the tuna.

The Weirdo’s friend is mercifully forming a bit of a buffer zone, but to be honest he’s making the meal more fun now, not less. 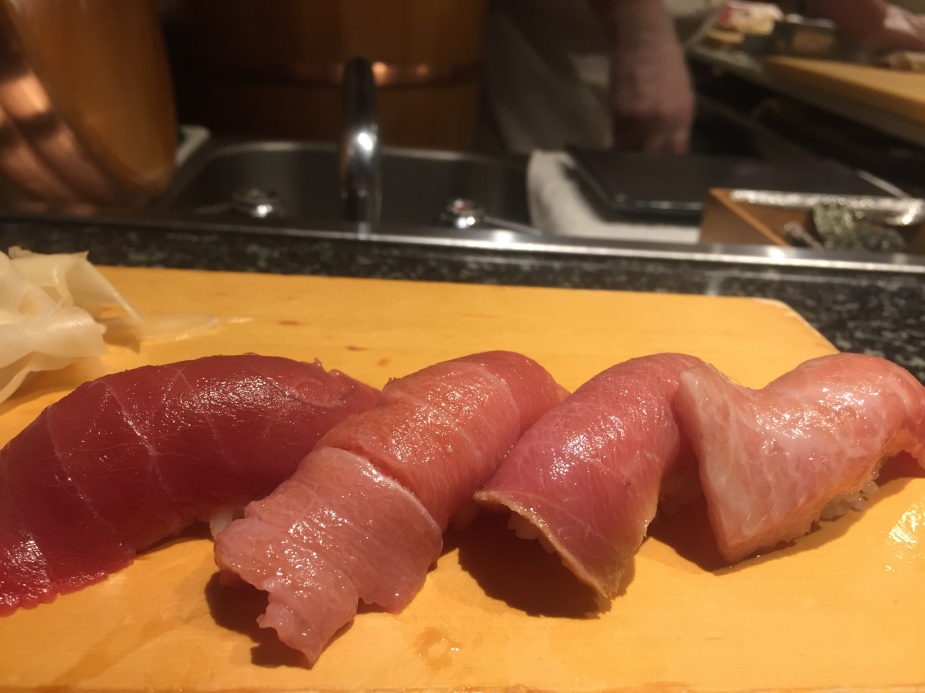 These pieces melt in your mouth, even the lean. The Otoro is straight up butter. 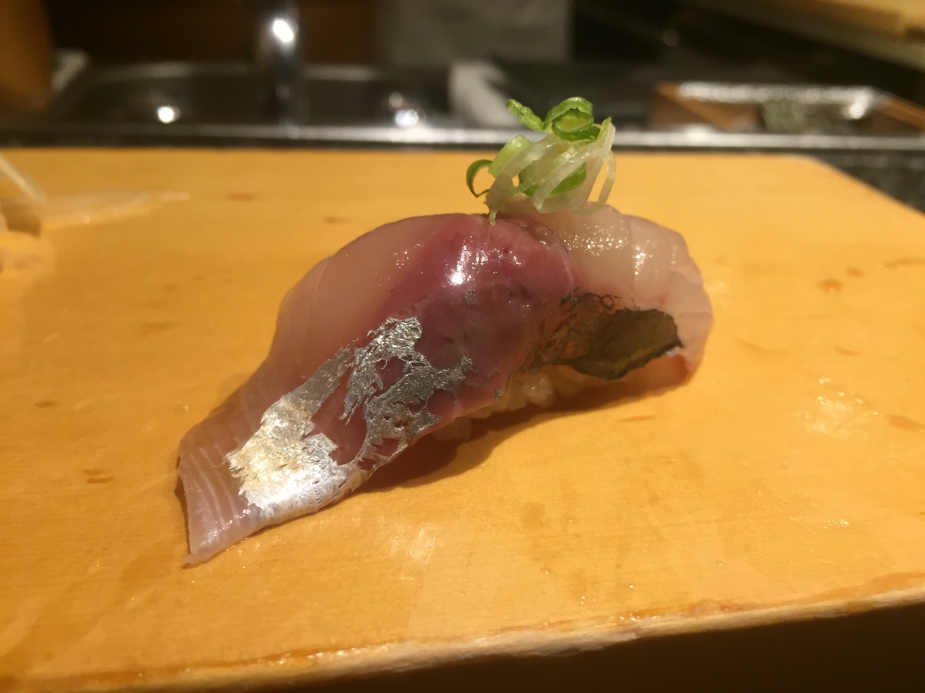 This meal is starting to have that epic feel to it.

Monkfish Liver the fois gras of the sea.

Weirdo has had fois gras, but not of the sea. He’s been telling us a lot of things he’s had before. Thing’s he’s never had? A moment of silence.

You can’t bow out of an omakase meal until AFTER you get this piece. 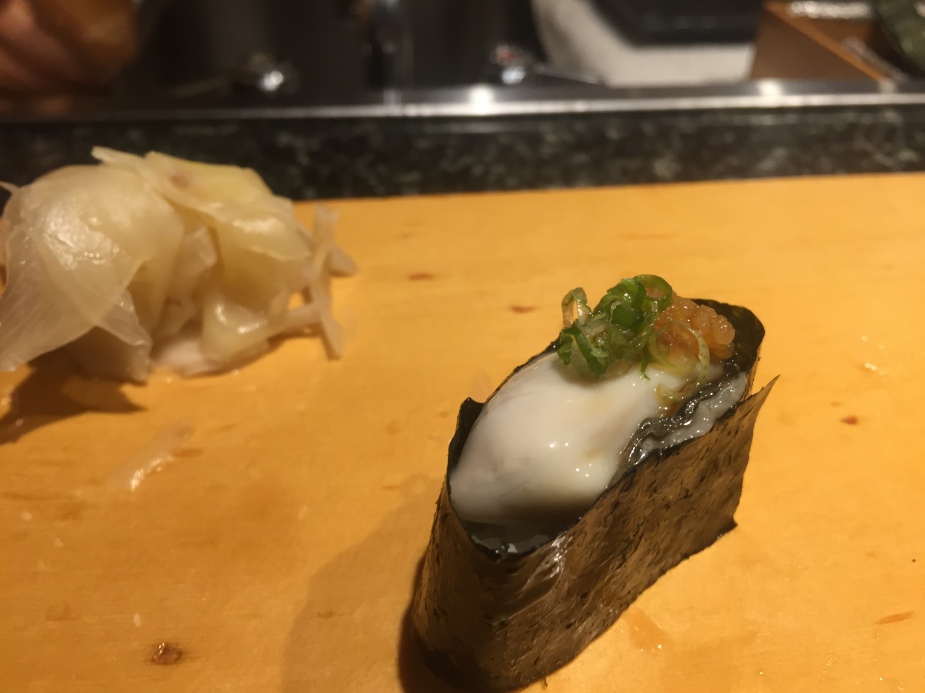 The weird-guy has never had an oyster. He also doen’t like them? 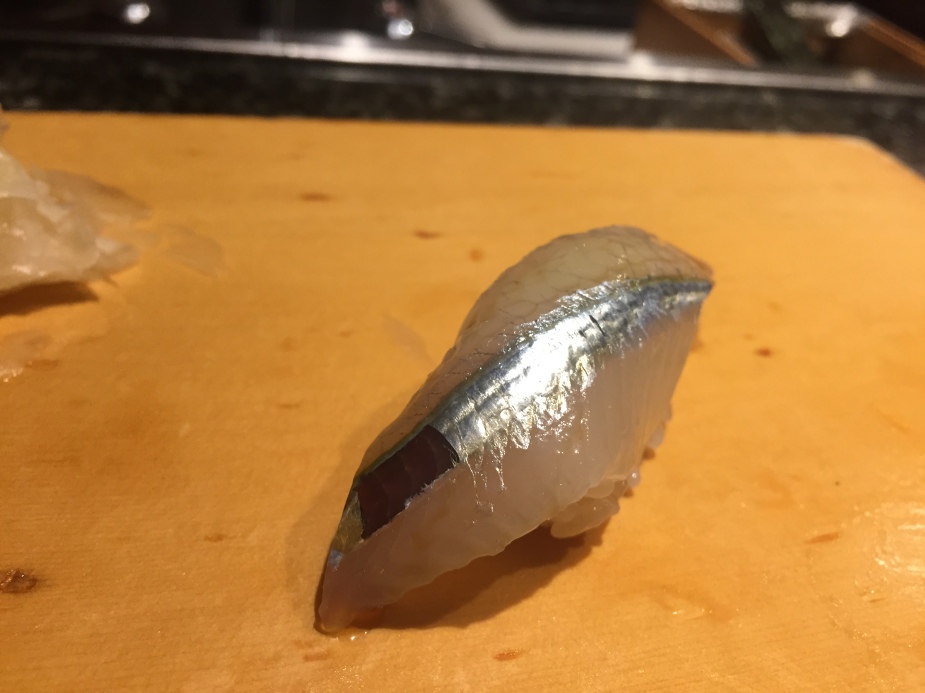 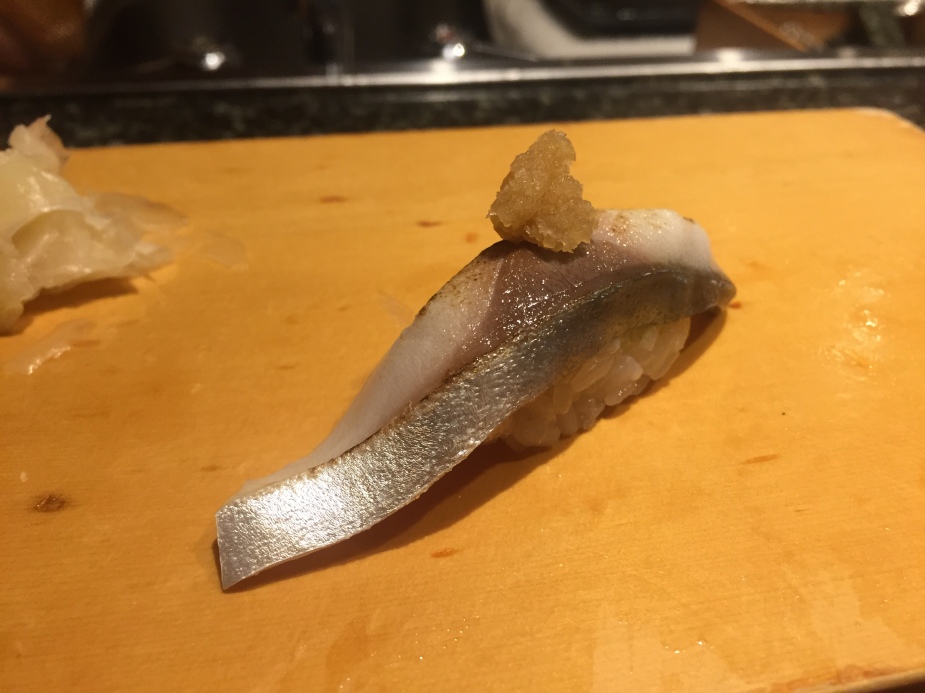 Seared Pickled Herring. A second (not pictured) was immediately ordered and devoured.

At this point, the only fish we have left to try is the Eel which is served at the end, so this is the “revisit” section where you go back to pieces you need again. 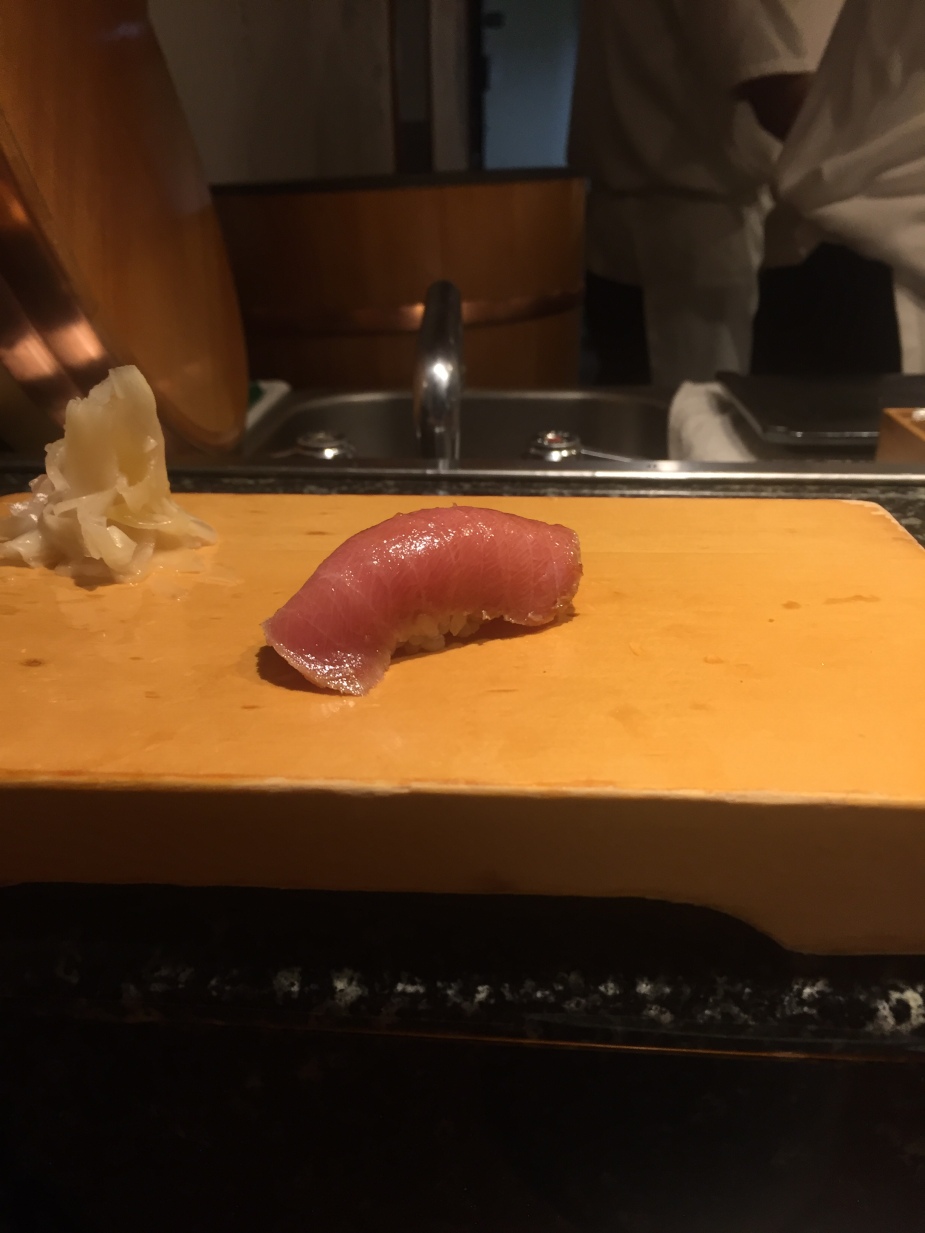 Chutoro was A+ gotta get more. 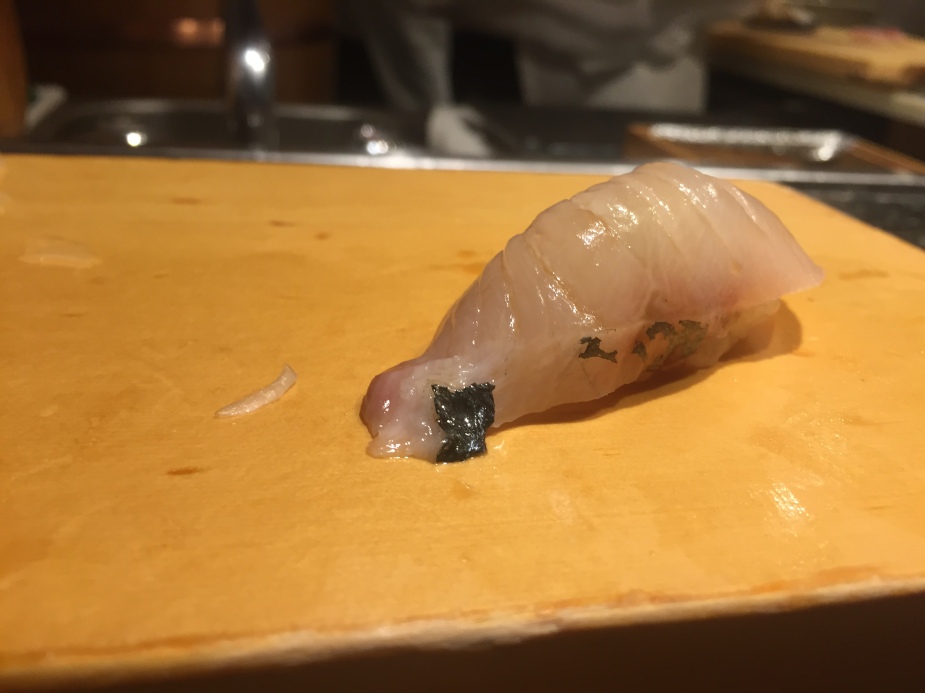 This was my favorite from the yellowtail family. I think i

Seared Barracuda and Seared Goldeneye Snapper. As a rule, almost all pieces that get a taste of the torch are worth a revisit.

Flounder was worth a second look.

When Chef Aaron ask if you want anything special, we tell him chef’s choice handroll. He delivered in spades with this Tuna Handrolled with chopped radish and sesame.

They call it a hand roll because you want to eat it the second it’s handed to you. (Before the seaweed paper had a chance to lose its crunch.) I had to snap this picture as quickly as possible. Also if you see premade handrolls you now know to avoid them.

For the first time in the almost 10 years of coming to this place, I had the forethought to order double eel for P-Dog and myself. The Eel course is always after the revisit section but is worth a revisit of its own. 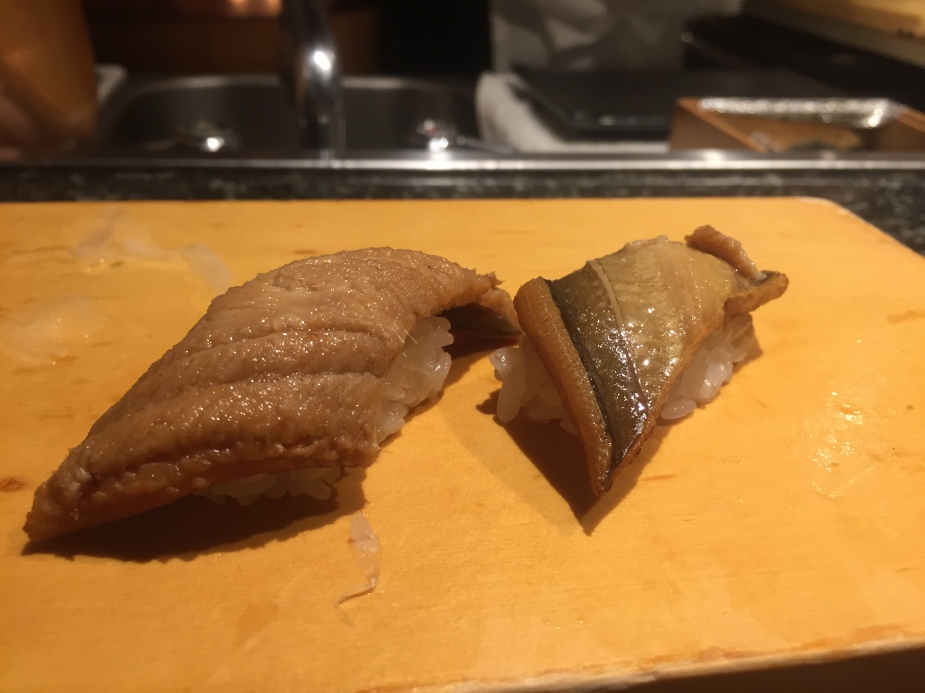 I forgot to take a pic of the sweet egg but if you can picture a yellowish rectangle, you are pretty much looking at tamago.

That’s All Folks! If you come to Seattle and like sushi, hit up Shiro’s in Belltown. I give it my stamp of ultimate approval. Someday I’d like to make enough money to eat here all the time, not three times a year if I’m lucky.

I leave you with this little video, it gives you an idea of the L shaped bar I was talking about and you can see Chef Aaron doing his thing.